Well, today we headed off on the return trip to Sioux Falls. It was an interesting mix of a ride: some really great roads (one of which will be getting its own dedicated post at a later date), some mind-numbing & sleep-inducing stretches, 100+ F temperatures, and a shorter ride than we have been doing, yet also more grueling in a completely mundane sort of way.

Leaving the Campsite ... and Red Lodge

After a week in Red Lodge, we were finally on our way. It was nice to be on the bike again – although the stay in the Basin Campground was amazing, I really needed to get back on the road. We're definitely going to miss our time there – so many great memories: the river, weather patterns, double rainbows, the mountain air. To top things off, we became friends with the host couple and ended our week with them by sharing a meal at their campsite.

Due to several heavy rains during our week in the campground, the road wasn't quite so bad on the way out – still plenty of washboards but the worst bits seemed to have been filled in. 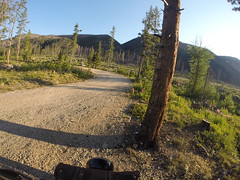 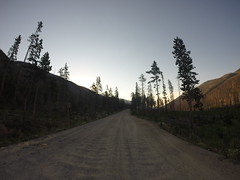 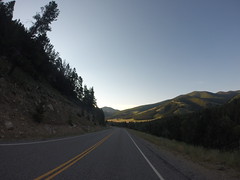 Riding into Red Lodge one last time for a fill up and final pre-flight check was bitter sweet – it was tough to leave this beauty behind ... What a great town! 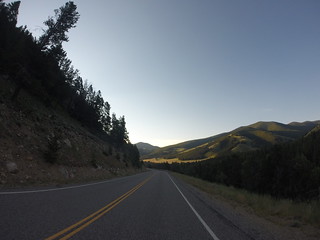 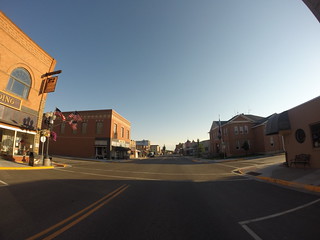 We headed East out of town on 308 towards Bearcreek, MT. Some nice little curves lead to a phenomenal view as we peaked the foothills, then lots more great riding and views. 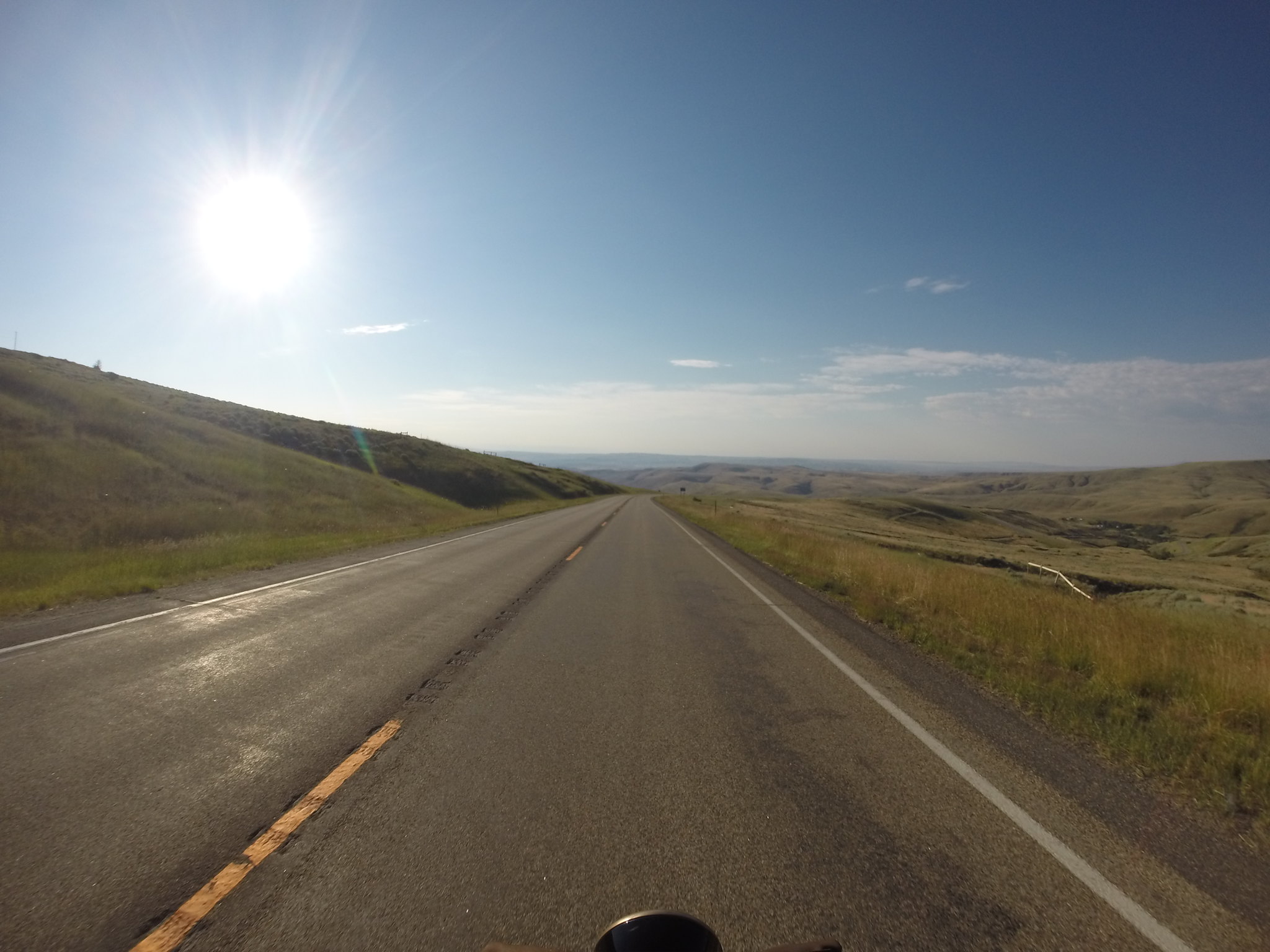 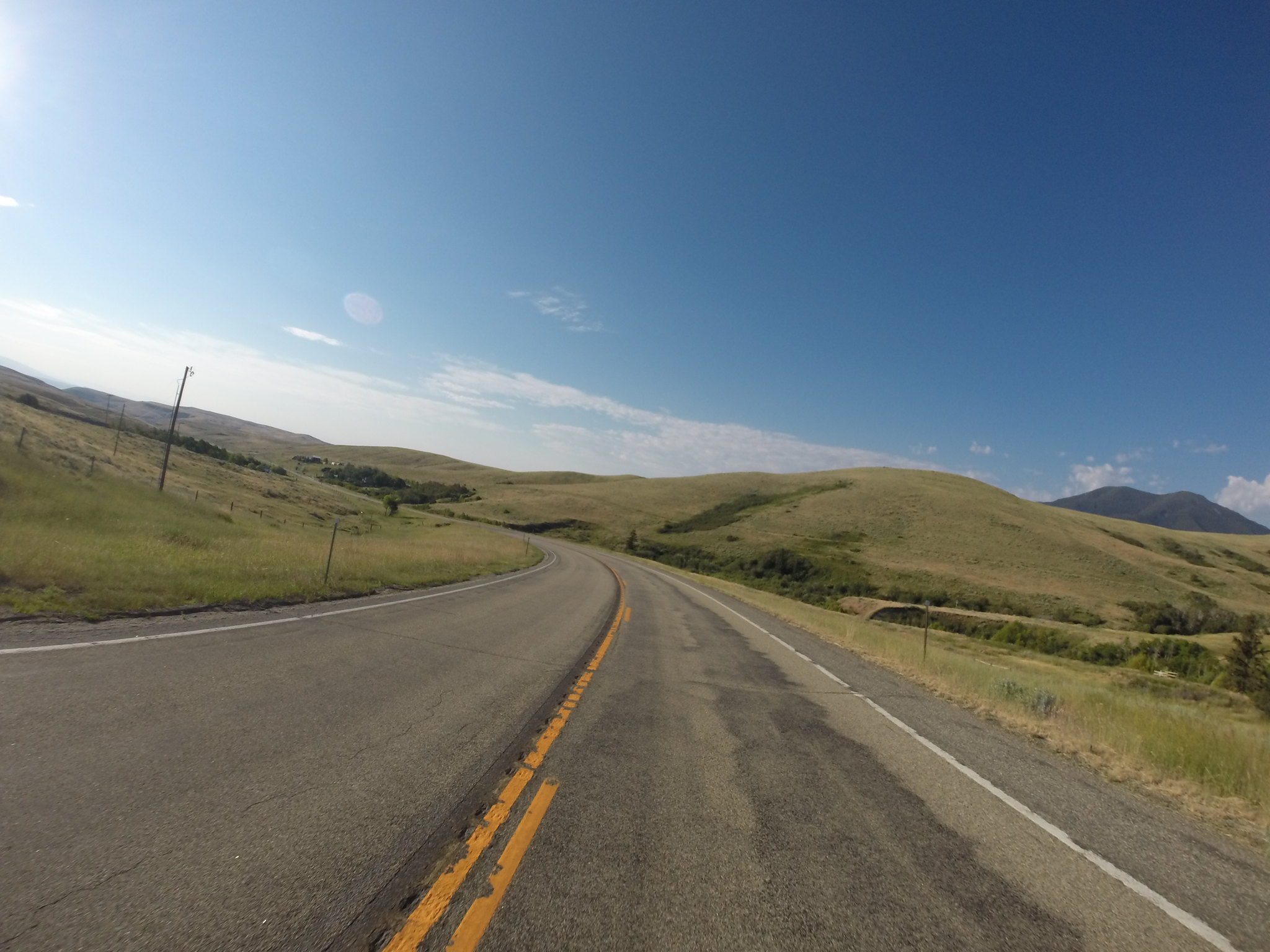 After Belfry, MT the road really opened up, and while there weren't as many great curves, the morning views of the arroyos, Beartooth foothills and the valley in the distance were constantly stunning. 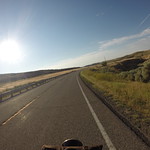 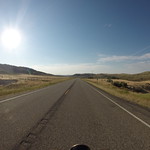 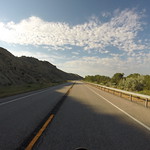 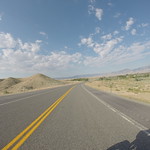 It was right around this point that we passed a turn-off to Chief Joseph Scenic Byway, and it took every ounce of will power I had not to make a right hand turn on 296 ... 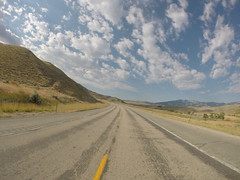 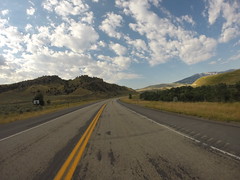 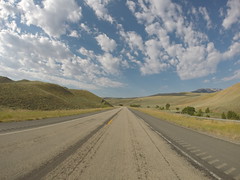 As you can see from the pics above, there were modest rewards for continuing on the planned route – and getting home sooner ;-) The ride between Red Lodge through to about 30 minutes outside of Cody, WY was definitely some of the best on the trip, after Beartooth Pass, of course.

The stretch from Cody to Thermopolis was one of the low points of the day, with two notable exceptions: the rest area before Greybull which also happened to host "The Museum of Flight And Aerial Firefighters" was a life saver. I was feeling pretty drowsy before we got here and needed to shake off the boredom. 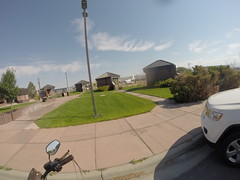 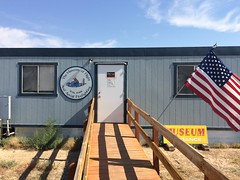 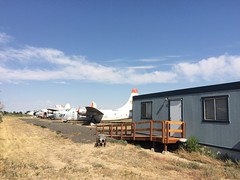 The other exception was the ride into Thermopolis: some nice views and interesting turns in the road that let you see the area from the perspective of most points on the compass.

At this point I was pretty hungry and trying to figure out what to do about lunch when I almost missed a local dairy freeze – a last-minute lane-change saved the day ... for a fat double cheeseburger with bacon and a strawberry shake :-)

Hands-down, the best riding of the day was on Highway 20 after leaving Thermopolis. 20 runs down the eastern edge of Wind River Reservation home to Shoshone and Arapaho tribes. All the way down to Boysen State Park, it closely hugs the Bighorn River and passes through multiple tunnels. Definitely a local treasure, based on the joyous waves from fellow riders and the expressions on their faces! I could ride that road up and down, all day long.

Sadly, I was so stuffed from the burger at lunch that I'd forgotten to clean up the gear before setting out again ... so the GoPro pics from the section are all pretty crappy: 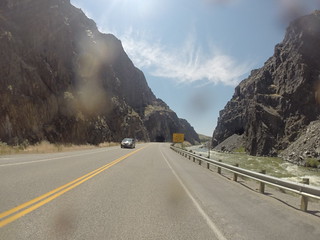 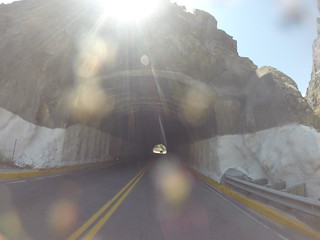 Just before that tunnel, I was stunned to see a large flying shape come swooping off the river to my right, pull a loop low over the road where it seemed to hover without moving – at which point I identified it as a very large golden eagle – and then make another rush down to the water. Already pretty high on the ride, this sent me right over the top: one of the most stunning things I've seen the whole trip so far ... and it's going to be pretty hard to beat that. Words just can't describe the intensity of that moment; nor its beauty and intimacy.

After Wind River, we hit the biggest low-point of day: very hot, no scenery, & high winds. Even the adrenaline rushes from the difficult riding conditions couldn't keep me fully alert, thus making this also the most dangerous leg of the day's ride. Between Shoshoni and Powder River was a no-mans-land that seemed like Wyoming's own version of hell. Don't ever want to ride 26 again, if I can help it.

I was so excited to get out of that area, that when we approached Casper, I punched it and sailed right trough. Rory had other ideas, though, and flashed me to pull over. Seeing how tired she was and feeling how 26 had really chewed me up, we made a sudden change of plan and pulled a U-y – off to get a hotel room just back down the road.

After a shower and change of gear, we were down in the lobby restaurant of the hotel – Cole Creek Bar and Grill – enjoying steaks and several porters from the Odell Brewing Company. What a dinner!

With Rory keeping me steady on my feet, we walked around the hotel and captured some of the truly beautiful weather rolling over town: 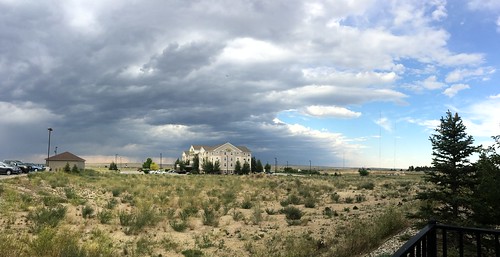 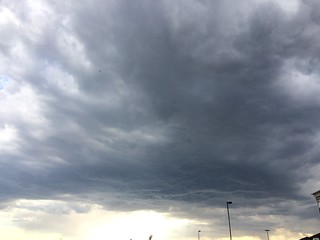