It was amazing sleeping in a bed last night after more than a week in tents and hammocks – the steaks and ales weren't too shabby either :-) However, this morning we did get off to a slow start due to failed checks when prep'ing for the day's ride: headlamp and one of the rear tail lights were out. It was time to unroll the tools and see what was up.

My first thought was there was a blown fuse, but after taking off the leather cover under the seat (I ditched the thick plastic ECM cover ages ago) and examining the fuses, everything looked okay. Exposed wires seemed good too – nothing ripped, exposed, or broken. Jiggling the bulb in the tail light got that one working, but the headlamp seemed like it might be burned out.

I'd done everyting I could, so it was time to get on the road: 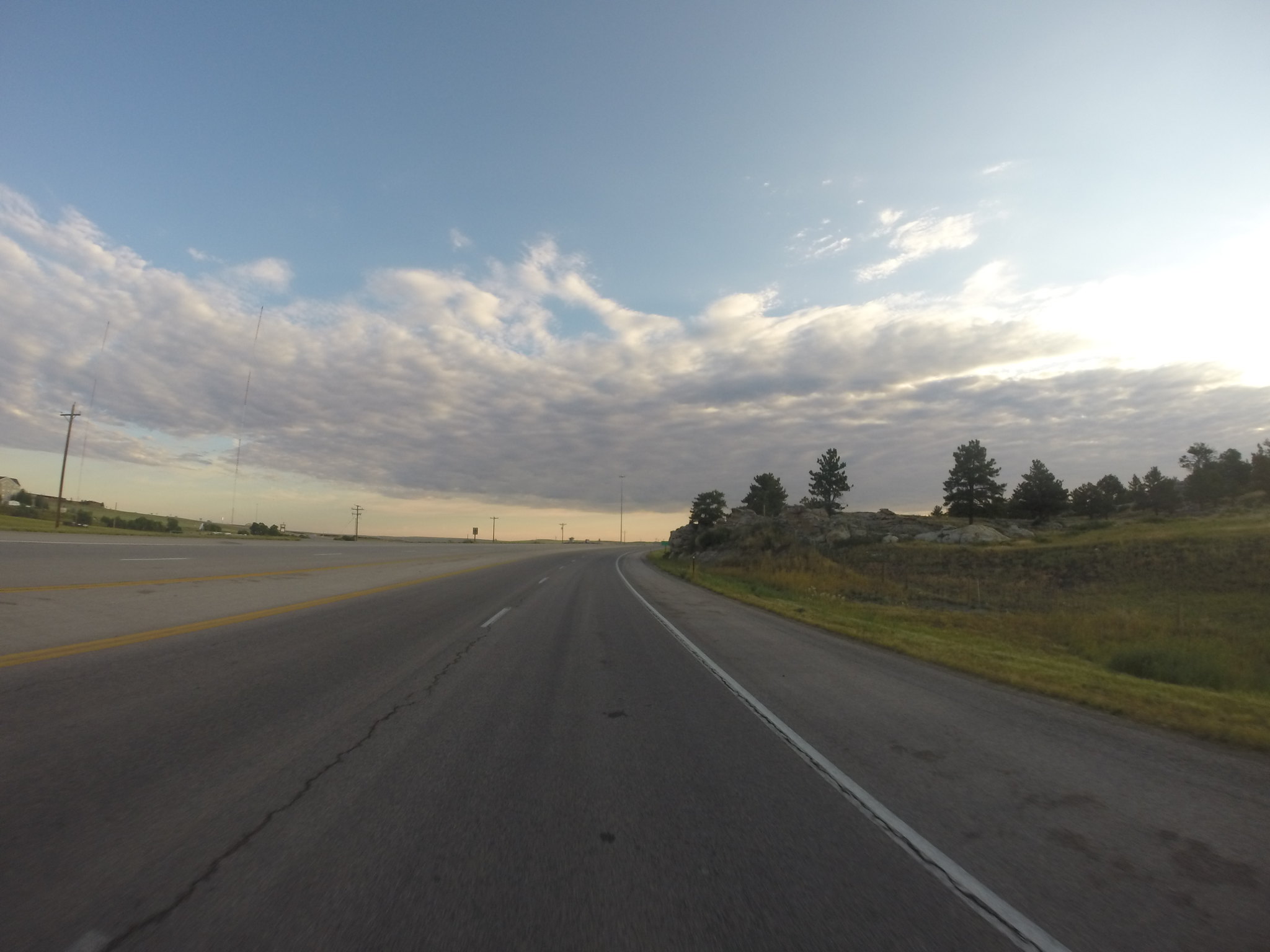 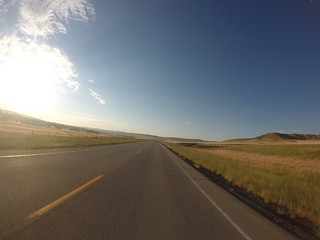 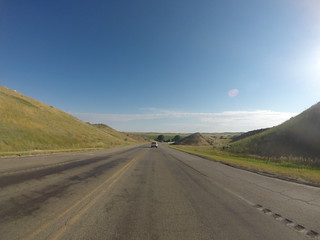 After leaving Casper, we headed East and then North in Douglas (where I grabbed a quick breakfast sandwich). Highway 59 was pretty desolate, but still quite beautiful. We were smack in the middle of coal country (I think I saw a strip mine or two), and this coal train – on the left – was one of three that we saw in this part of the state: 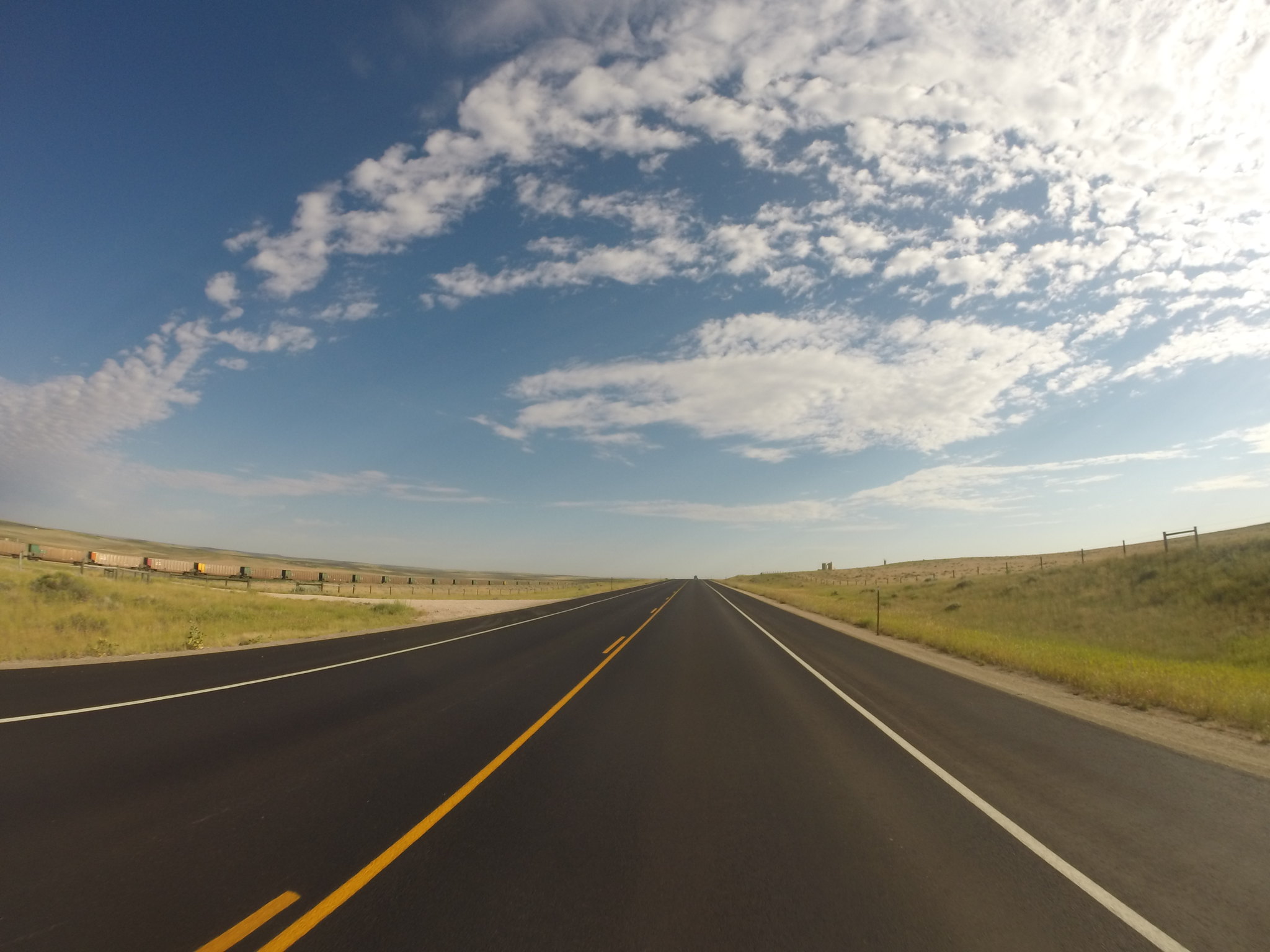 By the time we'd left 59 and were headed East again, we were deep in Thunder Basin National Grassland. Continuing on Highway 16 we saw what had to be some of the best views of the Basin. The photos don't come close to capturing the empty beauty, but here they are anyway: 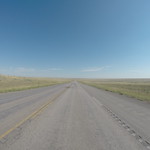 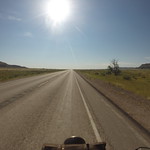 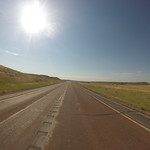 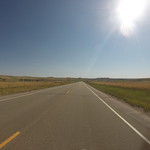 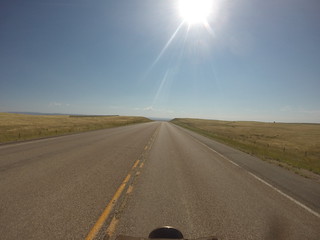 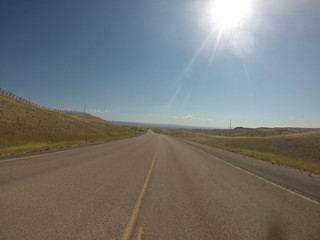 After coming out of Thunder Basin, we gassed up in New Castle, WY and were then on our way again, eager to get to the Black Hills. 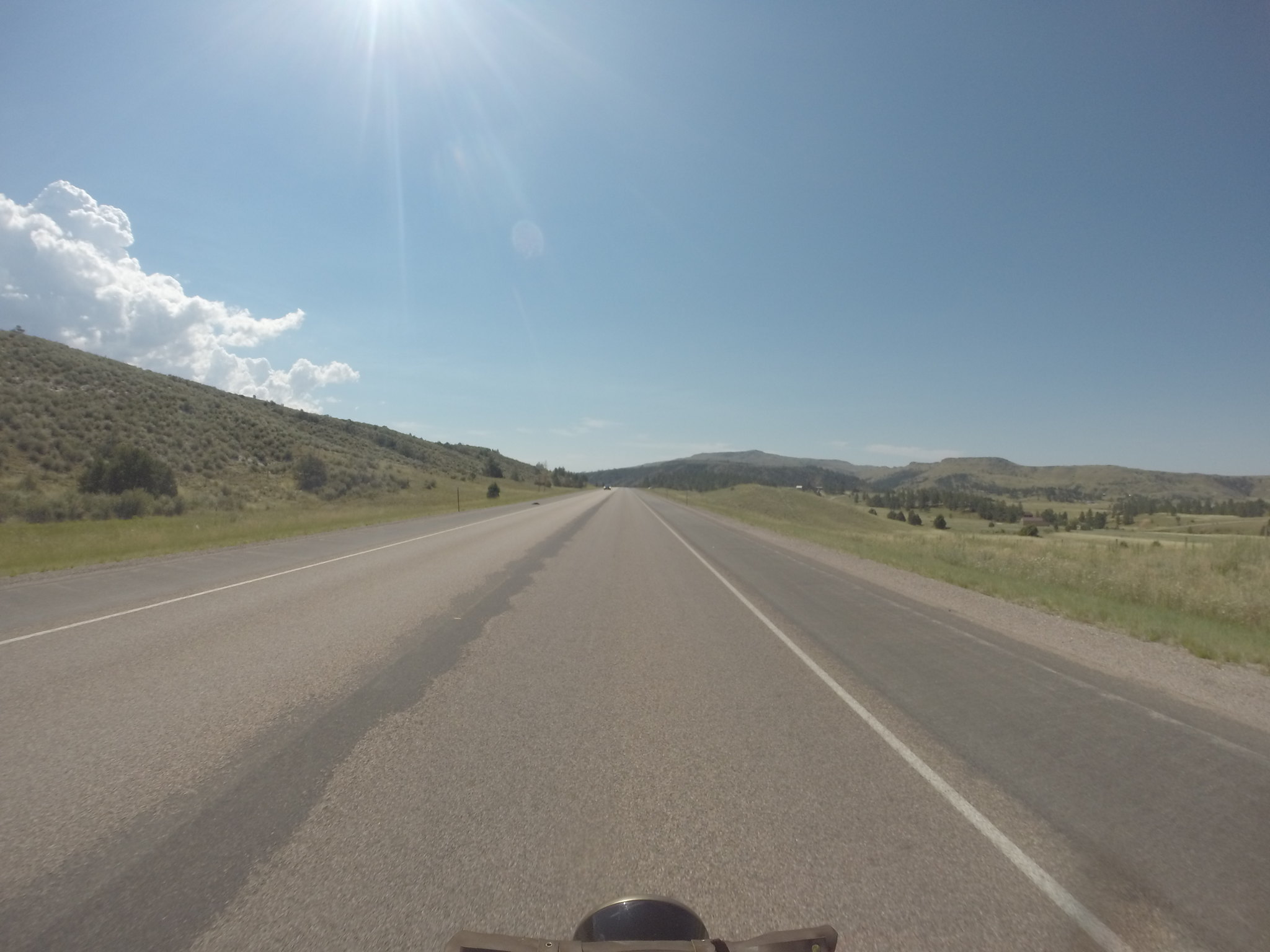 After about two days of flat, it was pretty exciting seeing the hills come into view – especially knowing some of the roads we'd be riding through :-) 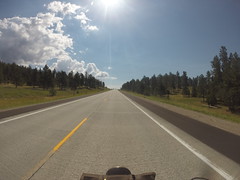 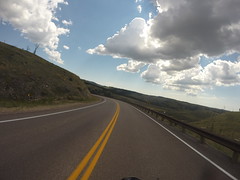 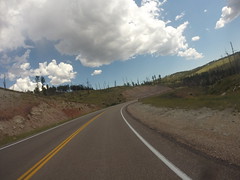 I really don't know what to say about this part of the ride. Perhaps simply leaving it at this: there's a reason that thousands of riders come here every year to cruise the curves and take in the amazing scenery. 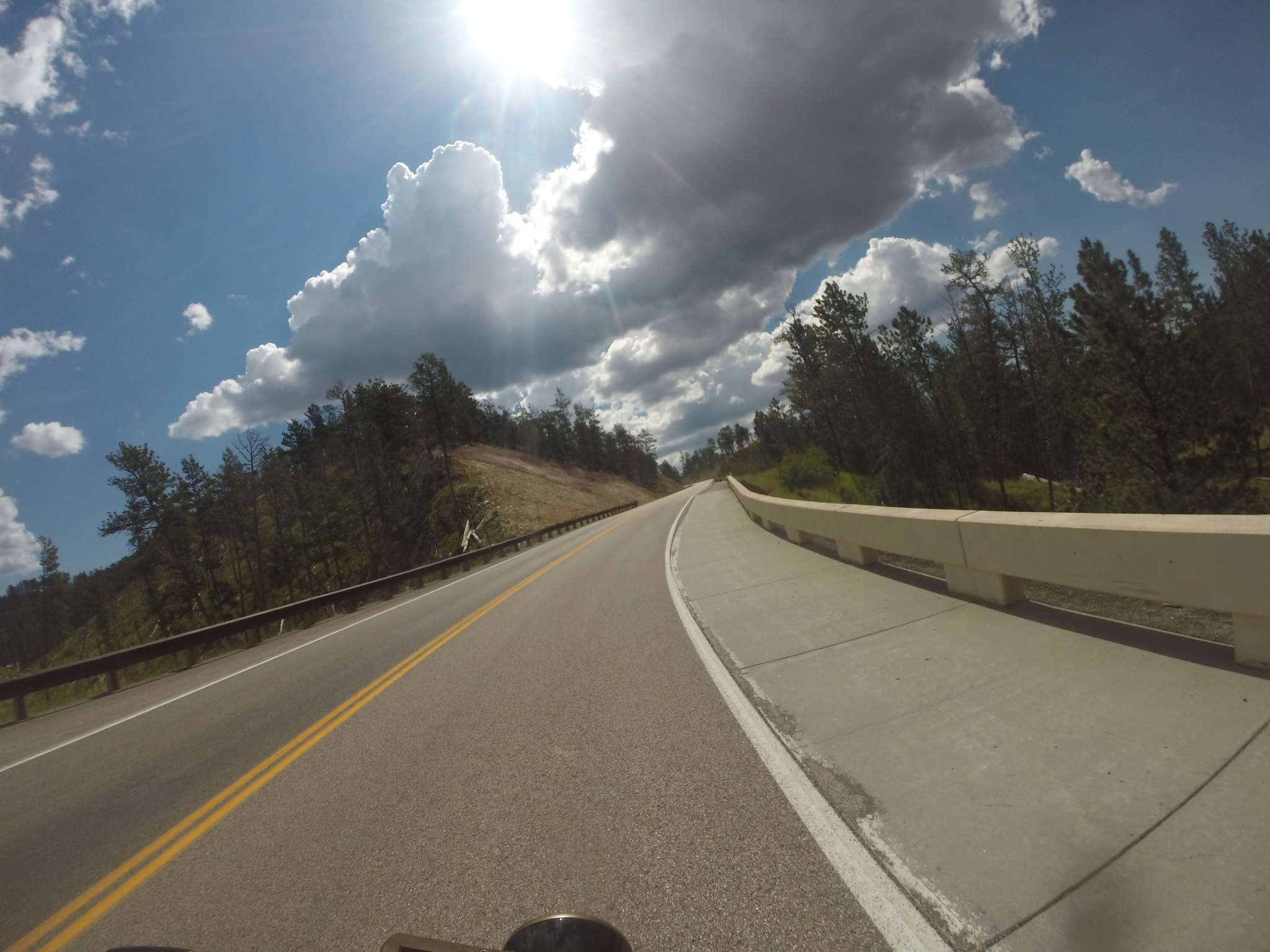 Not as stunning as Beartooth Pass, for sure – but the quality of feeling the curves (as opposed to wrangling hairpin turns) is incomparable. Definitely some of the best riding I've ever done. 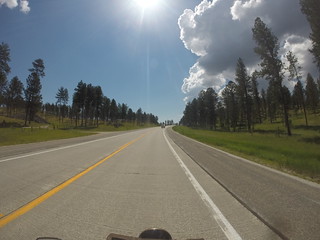 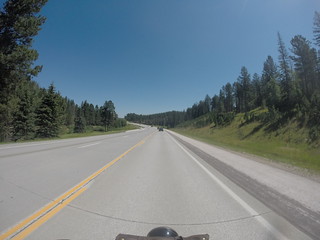 Somewhere after Custer, SD I had decided to find the Black Hills Harley Davidson dealership so I could have the headlamp looked at. 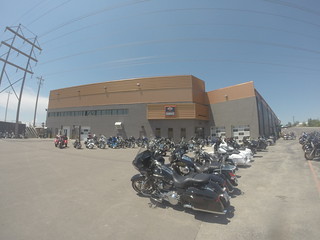 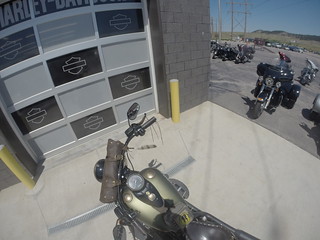 Got to meet the owner, picked up some t-shirts, then we headed out in search of food. We eventually found ourselves at Everest Cuisine Restaurant where we had a small feast of some of my favourite Nepali dishes. What a treat!

An hour later, we were back at the dealership with a new headlamp ... and ready to roll. In an attempt to avoid highways and not sit in parking lots reading maps, we ended up taking some turns that lead us in the wrong direction. As such, leaving the Rapid City area took much longer than expected, and on a very convoluted route.

This was another area I'd been wanting to ride in; every time I'd visited in a car, all I could think of was how much fun it would be on the motorcycle. The riding can't compare to what's in the Black Hills, but the feeling is just as good. The barren, ragged land coupled with the constantly changing formations gives the dramatic sense of surviving hardship while experiencing elation at the same time. That's a good riding vibe :-) 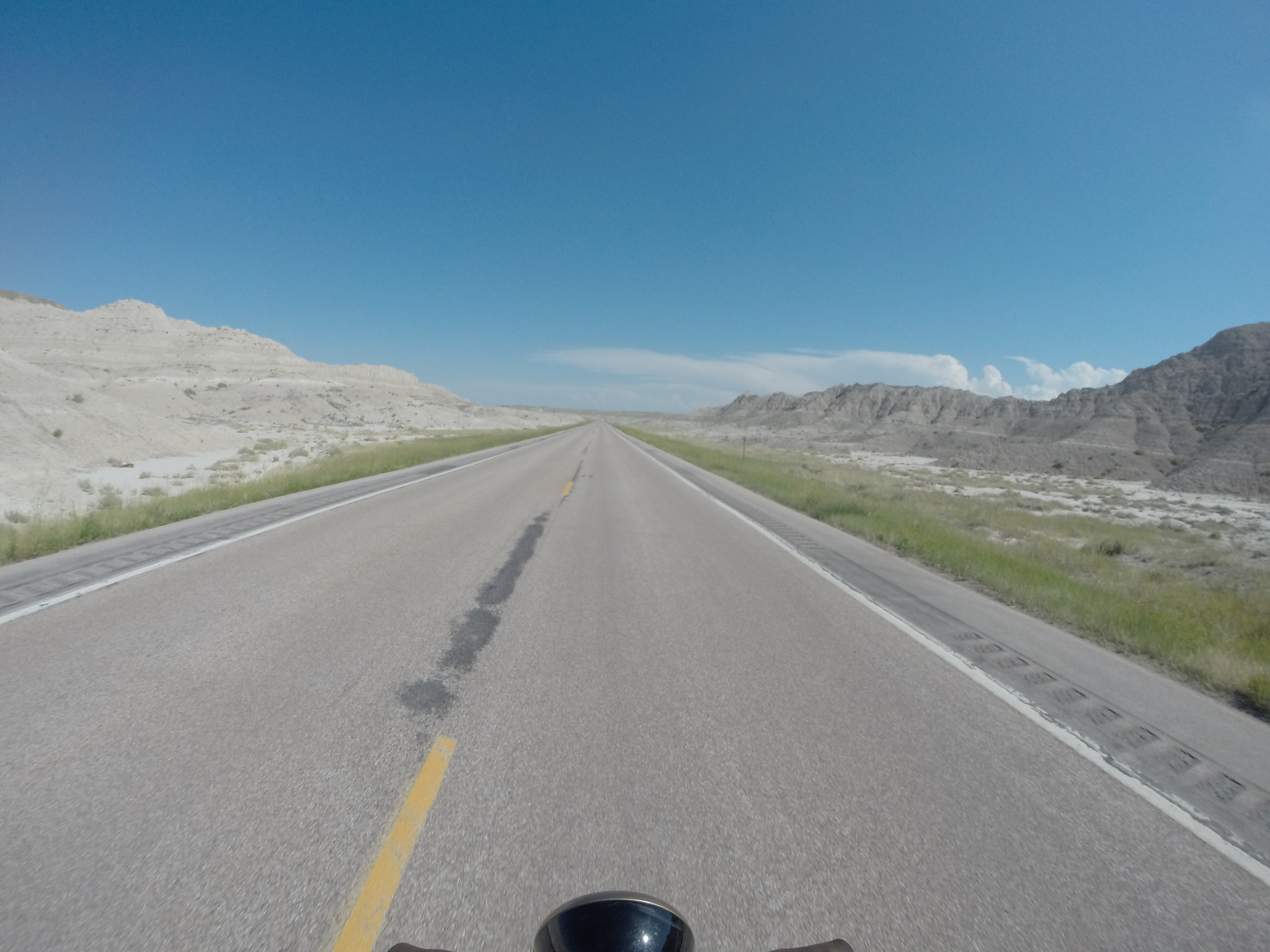 After our adventures of the day, though, we were beat and didn't feel like pushing any closer to Sioux Falls. So we found a place to stay in Interior, SD and I captured some more shots of the Badlands.

I particularly enjoyed watching the light change as the sun set on the eerie geological formations: 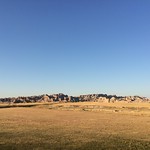 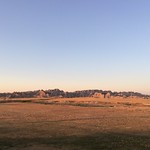 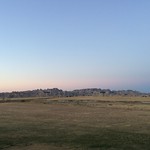 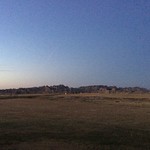 Tomorrow's another full day of riding, and I'm looking forward to seeing the Badlands in the early light of dawn ...