Today we were up around 4 am, took our time breakfasting, having tea and campsite espresso, performing the morning rituals, and packing. Not too long after 6 am we were on our way, just beating the sun, getting a view of that orangey-pink morning beauty as we were getting back onto US-212: 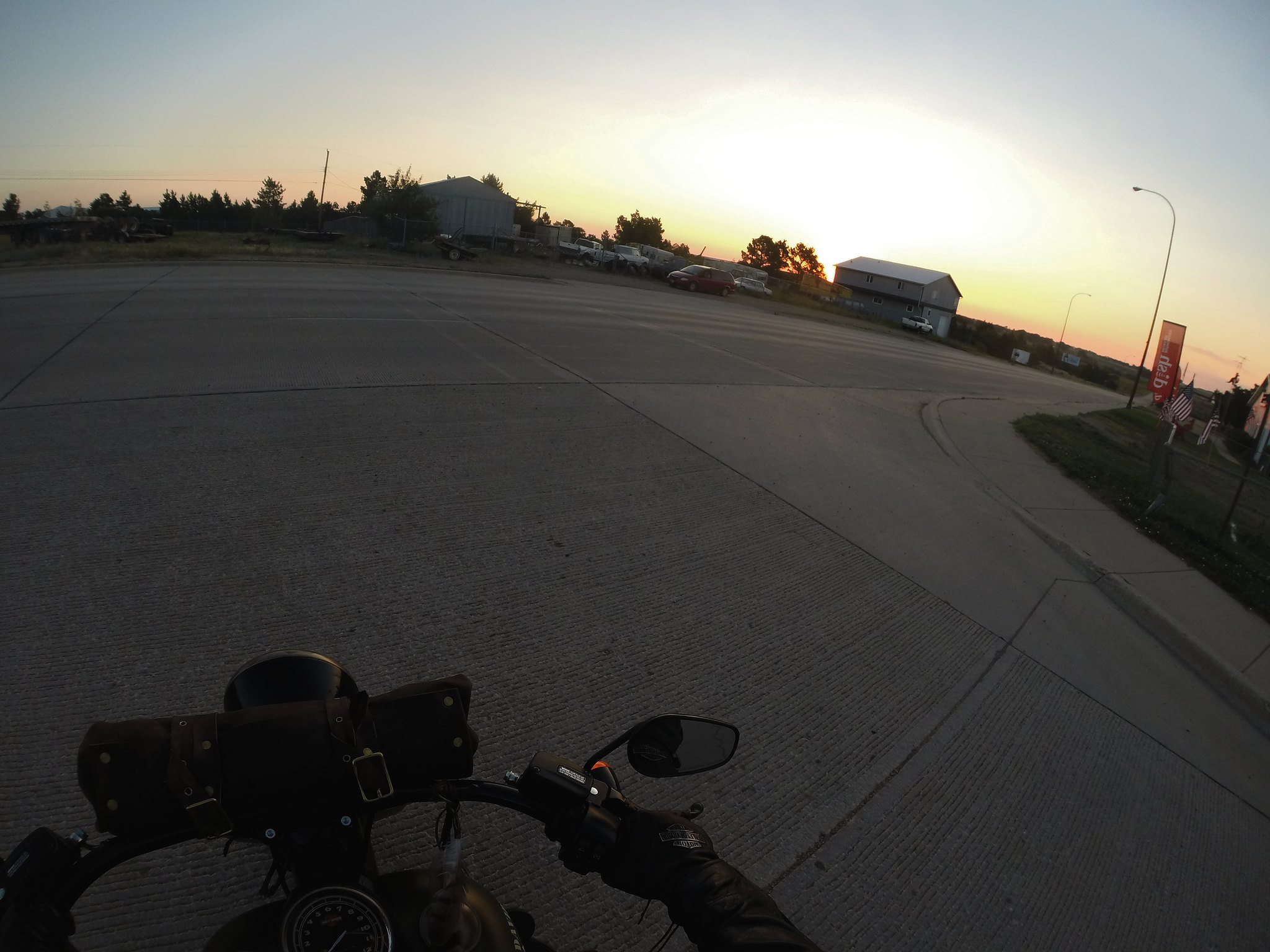 In the day 2 album on Flickr, there's a picture the GoPro captured of me pointing at a sign: 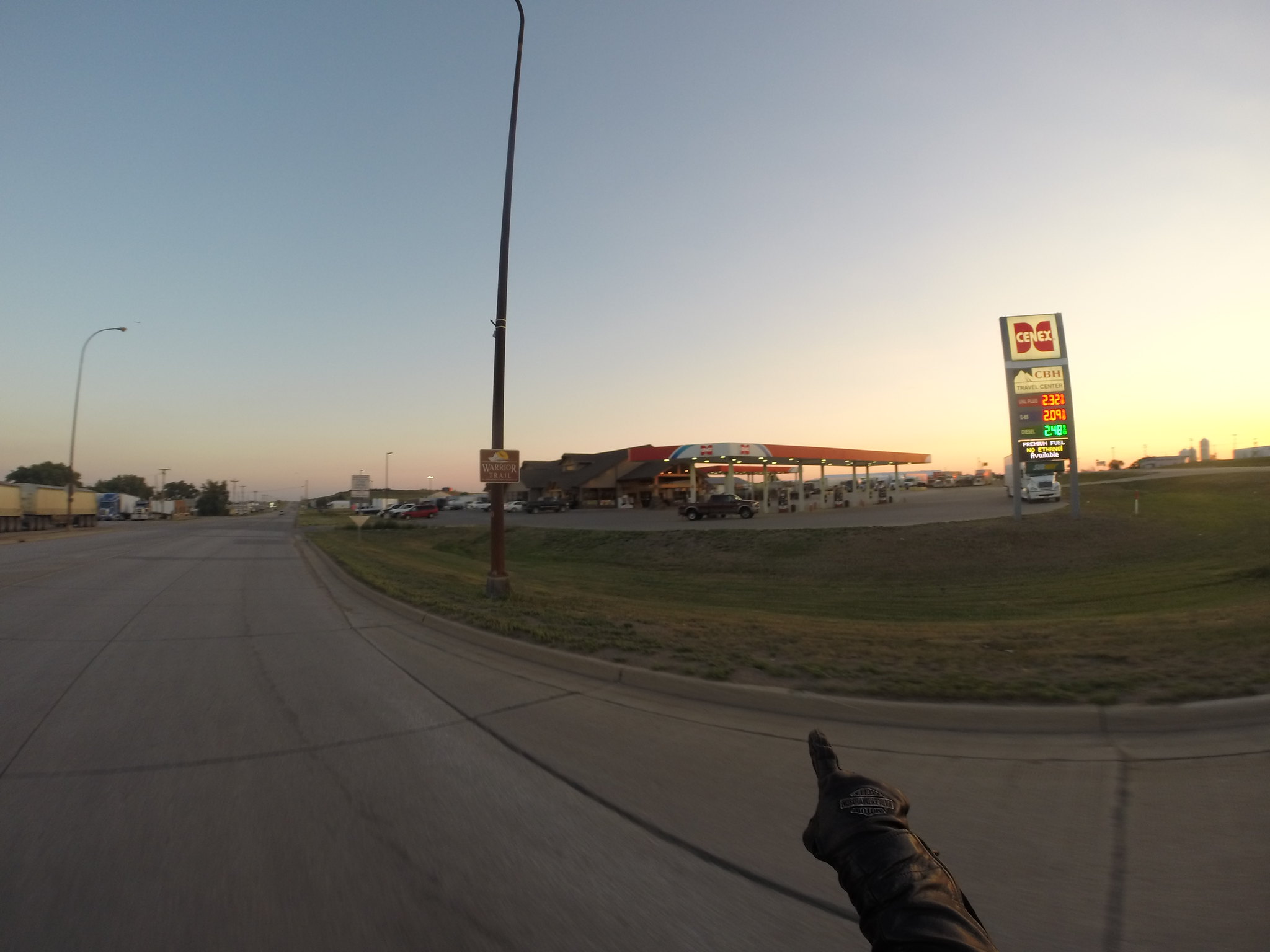 I was delighted to see that this segment of 212 was called the "Warrior Trail" (even though I was in the 101st during Desert Storm, one granddad in WWI, and the other in WWII, Korean, and Vietnam wars, my appreciation for the "warrior's way" is actually philosophical in nature, as opposed to martial).

It turns out the naming of U.S. Route 212 – from Belle Fourche to the Wyoming border – is a relatively recent change. It was made by the South Dakota Transportation Commission unanimously in 2009, honoring the Lakota and Northern Cheyenne who resisted the U.S. policy of forced reservation life, wiping out Custer and decimating his unit. 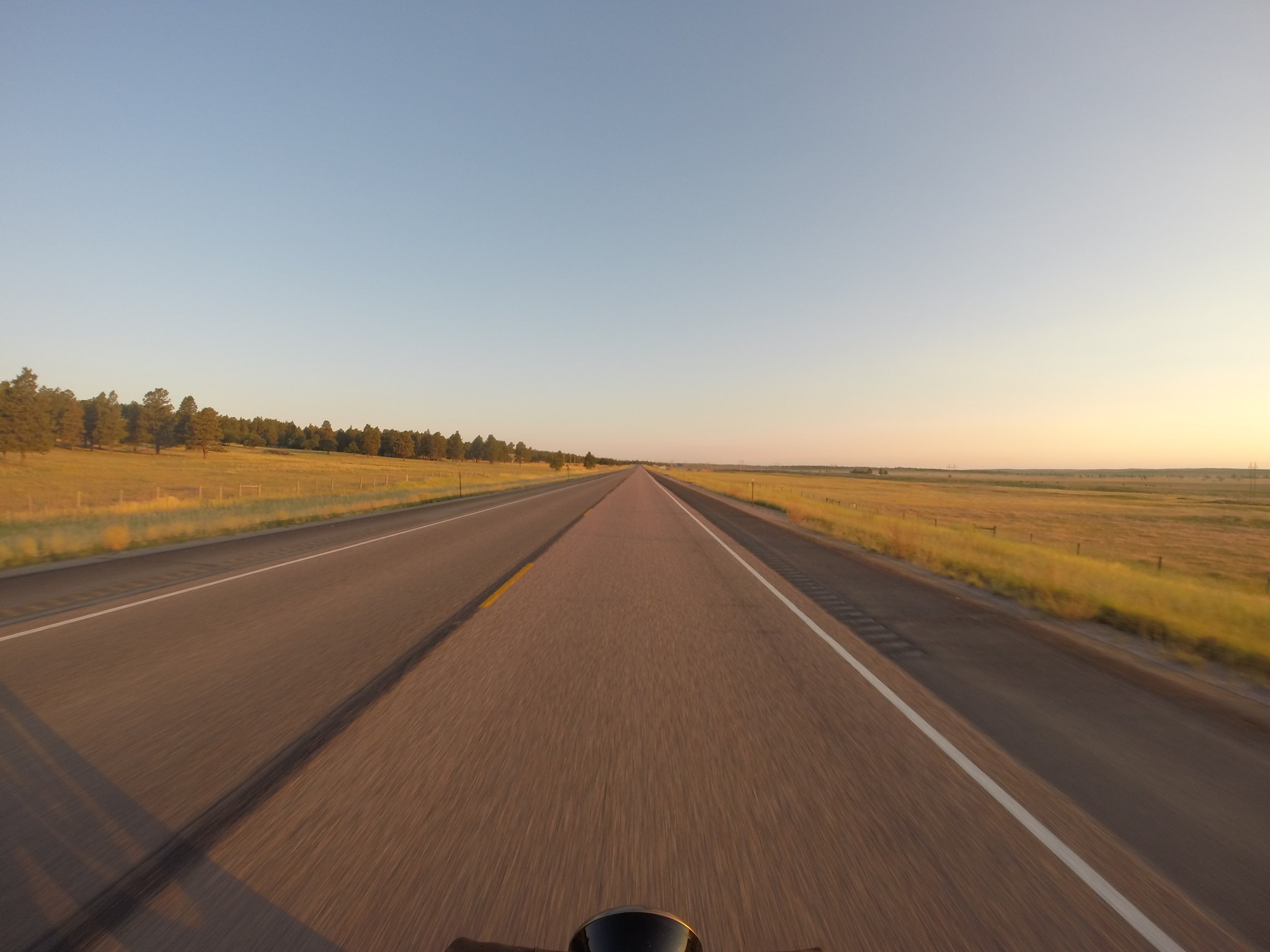 As the sun continued to rise, its rays warmed the sage and the smell across the road was just amazing. One of the great pleasures of riding is smelling the countryside, and one of the best smells of any land, in my opinion, is that of sage in its natural environment. So much more, to have it gently baked like this in the sun ... what an incredible morning!

An hour or so later, the land started to change with less of the prairie and more hills and trees: 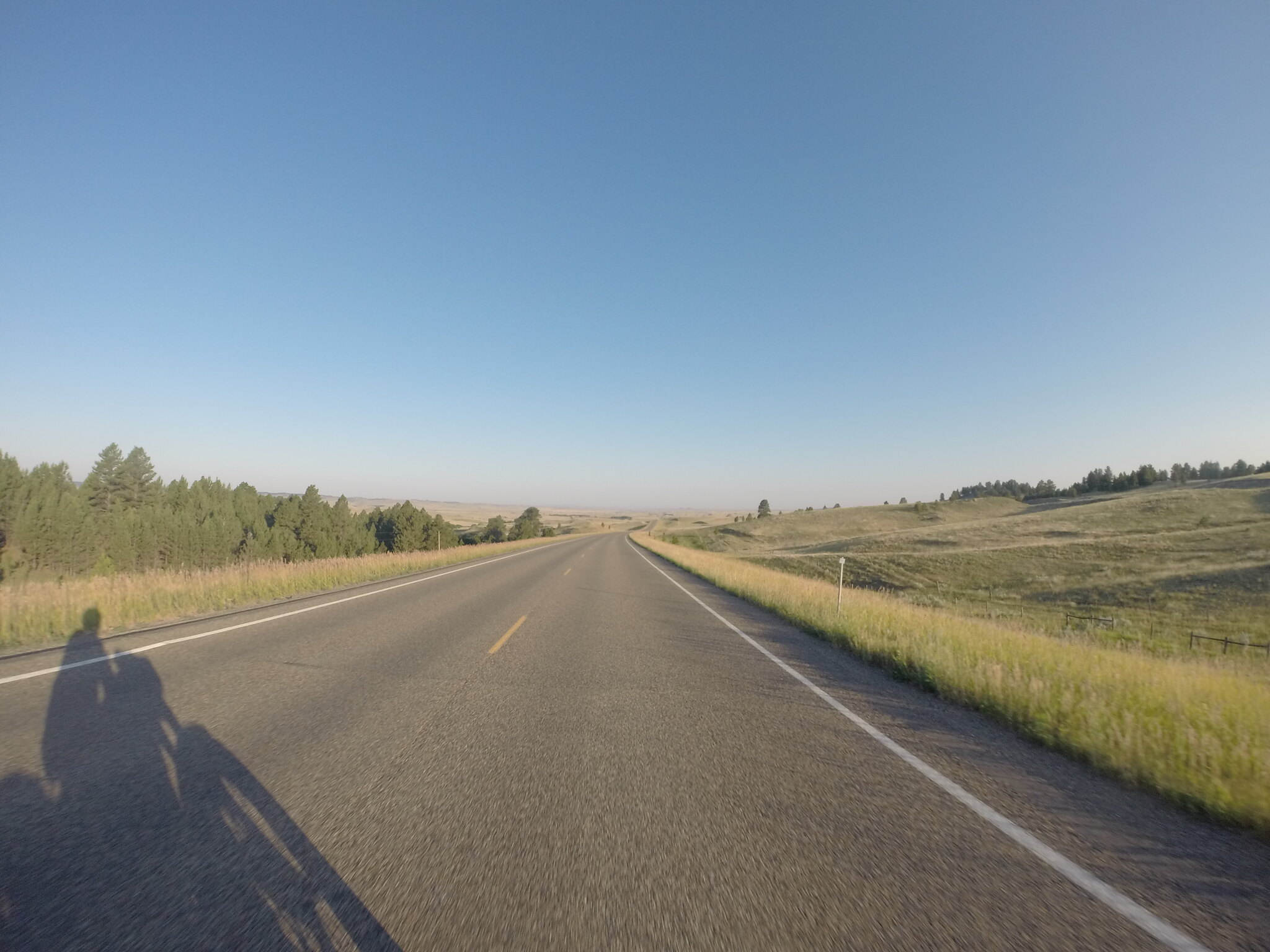 After another hour of riding, I was ready for some more food – so in true Hobbit style we stopped for a second breakfast on the far side of Broadus, MT. With more food and coffee, it was time to see more of Montana from the saddle of this iron horse ...

In what felt like no time at all we started getting more altitude: 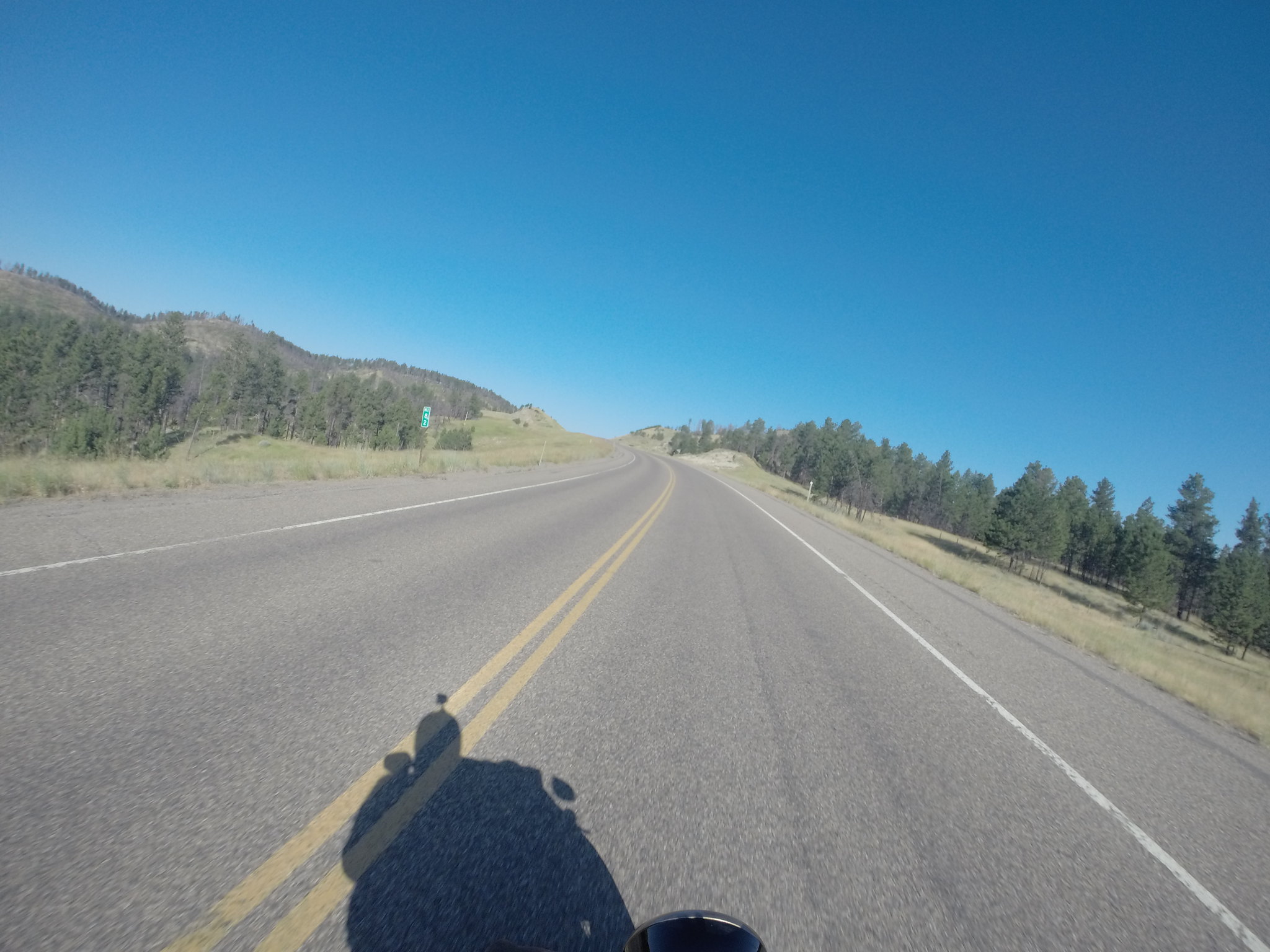 Soon after, though, things slowed to a crawl as I rode through gravel, sand, mud, and partly chewed up asphalt in a line behind others trying to make their way through this road construction. I'd seen a sign warning motorcyclists to find another route ... they didn't mean me, did they? :-) 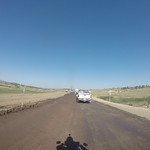 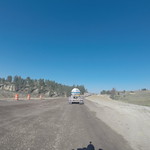 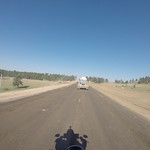 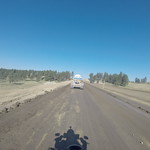 To be honest, I really enjoyed this. I'm constantly finding myself on unpaved, "exciting" roads with the Harley. In this particular case, I was met with a very pleasant surprise: the large truck driving immediately in front of me was continually making adjustments of minor potholes, slowing down before bumps that were nothing for a big rig, but which were a big deal for a motorcycle. I felt that he himself was a rider and was acting as a road captain, letting me know what was coming. He really saved my bacon on more than one occasion, too!

I eventually passed him and the truck he was riding with (long after the construction zone), and give them both a big, heart-felt wave. I wish I could buy you two some beers tonight – thanks for all the help!

More overpasses, a little more construction, and before too long it was time to get gas again – this time near the Little Bighorn Battlefield National Monument. We didn't visit, but we did have a great conversation at the gas station with a fellow rider and Native rancher, swapping stories of the road. This has been the best conversation of the ride so far; we probably talked for about 30 or 40 minutes.

Since this is where US-212 joins with the highway, once we were on the road again, we opted to get off at Crow Agency, MT and take some more country roads. We rode Crow-St. Xavier Cutoff to 313 and then Old U.S. 87 – wow! What a road this was. At some point, it's getting a blog post all its own. Definitely the best riding so far.

Billings, MT was an adventure all its own: finding food, getting across town without going on the highway, avoiding construction, etc. We eventually made it through, though, and headed south on 212 toward Red Lodge. The traffic here was unexpectedly slow and dense – not a good riding experience. Just had to be patient and settle into a fairly low speed.

At long last, though, we rolled into Red Lodge – and it was well worth the wait. It's a great little town that feels like some of the smaller gems of the Rocky Mountains in Colorado. In fact, Rory said it reminded her of Boulder, CO in the 70s. 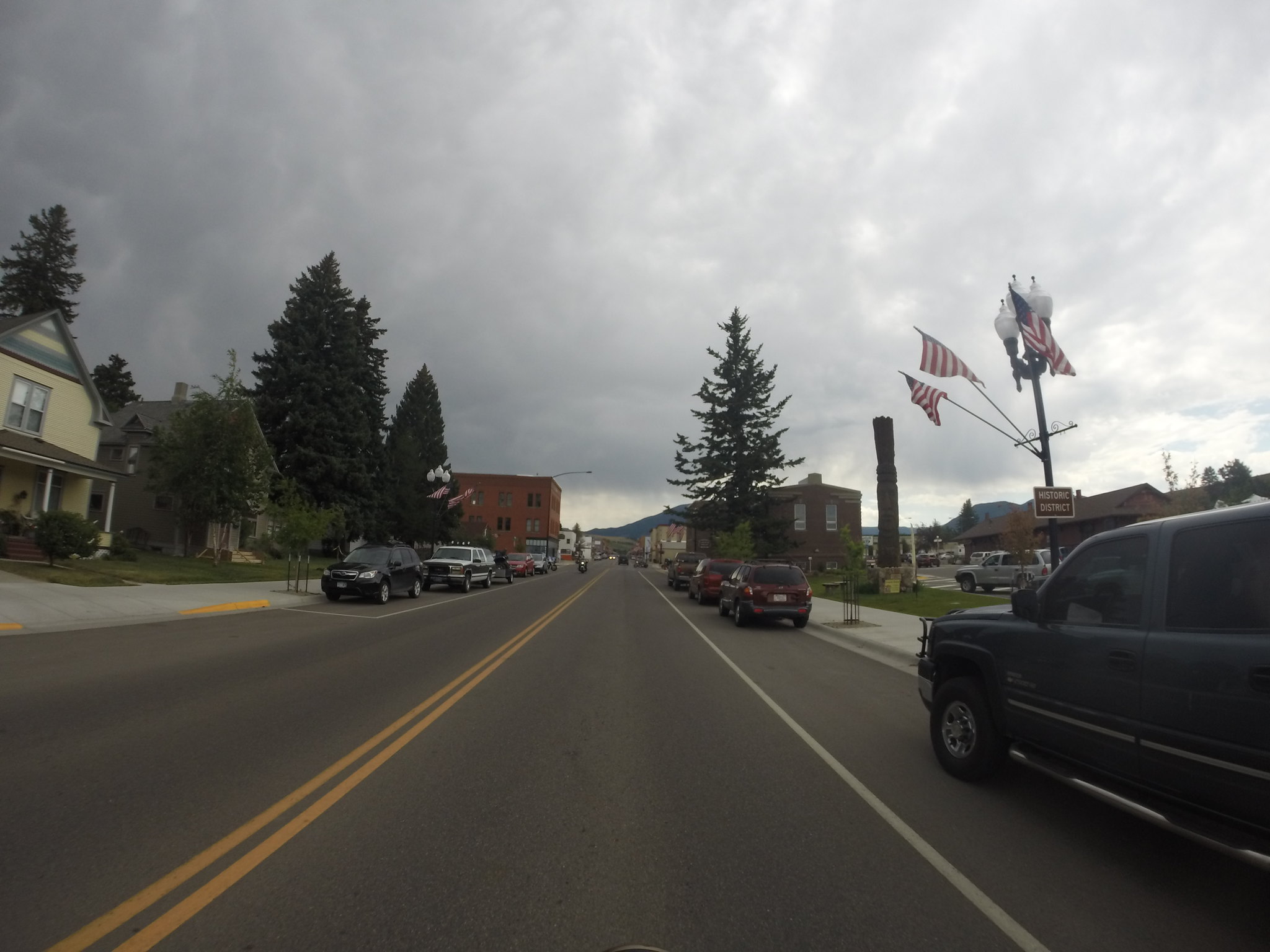 Next up was finding our campsite ... 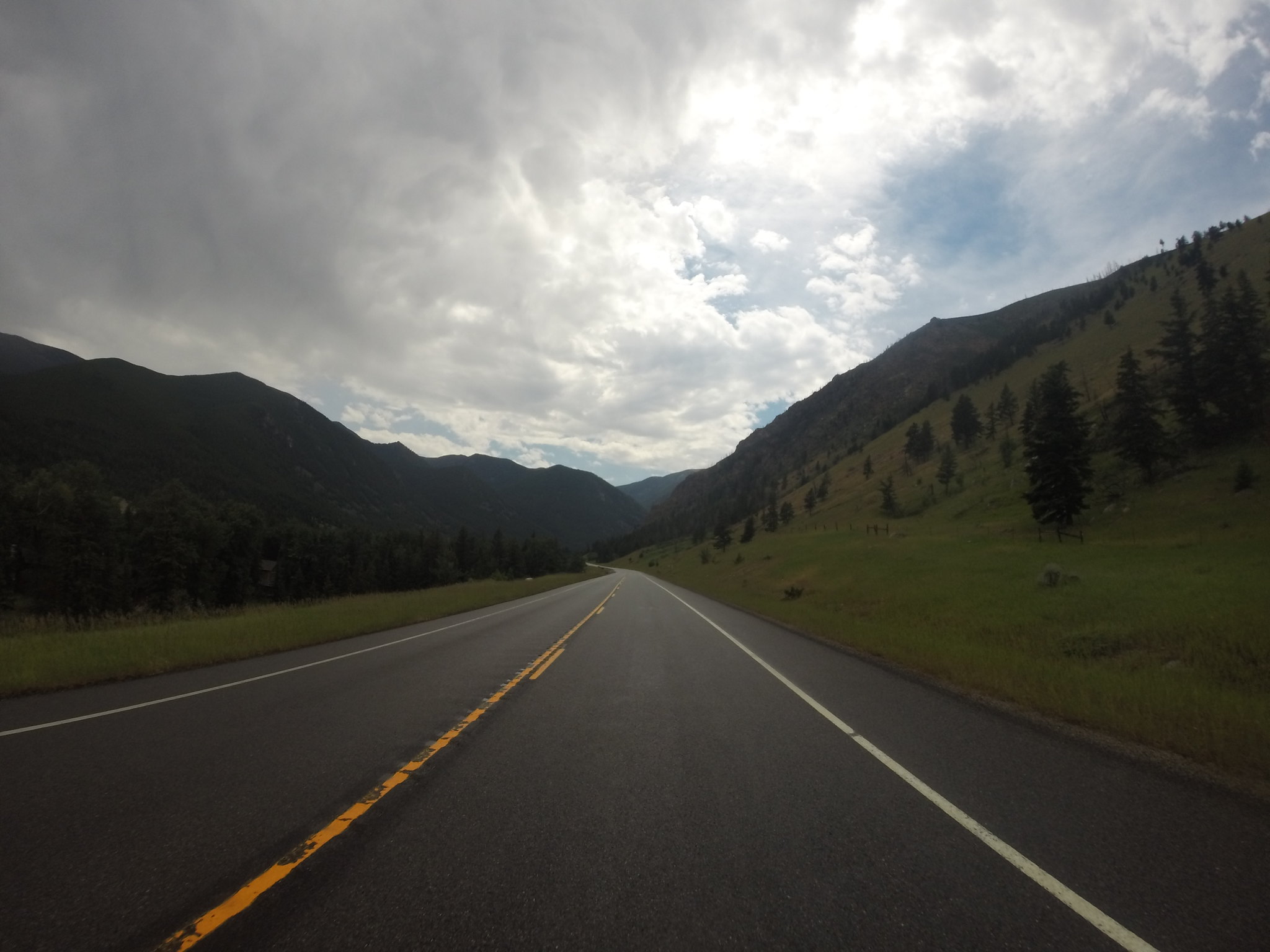 which took us longer than I care to admit: 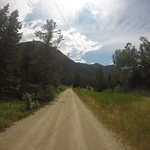 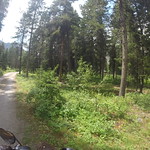 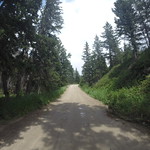 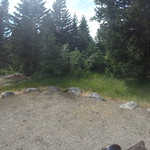 However, I had great fun bouncing around on the dirt roads – something I got to do a bunch today, given that I made so many trips into town and back!

The first ride back was to get a chapter picture taken with my bike. Got lots of comments on the bobber seat (as often happens), but with some folks assuming I'd ridden it out to Red Lodge on a different seat, and then swapped it out for the ride up the pass. (Do people do that?) We had some good laughs, then I browsed around town and took some supplies (and a gift!) back to Rory who was chillin' at the campsite.

I returned to town for the first official event of the ride: to meet with the rest of the Fargo H.O.G. chapter for a pizza dinner (sponsored by Harley-Davidson of Fargo!), lots of great conversation, more than a few jokes, and some presentations (including a returning local guest speaker who was a favourite from a few years prior). One presentation covered the back-story of the Beartooth Ride, even before the 1st annual ride, 24 years ago.

Long that, two of the Fargo chapter members had made the trip in 1967 – more great stories of this particular event were shared, causing much laughter around the room. I managed to snap a couple of pics of the photos that were passed around: 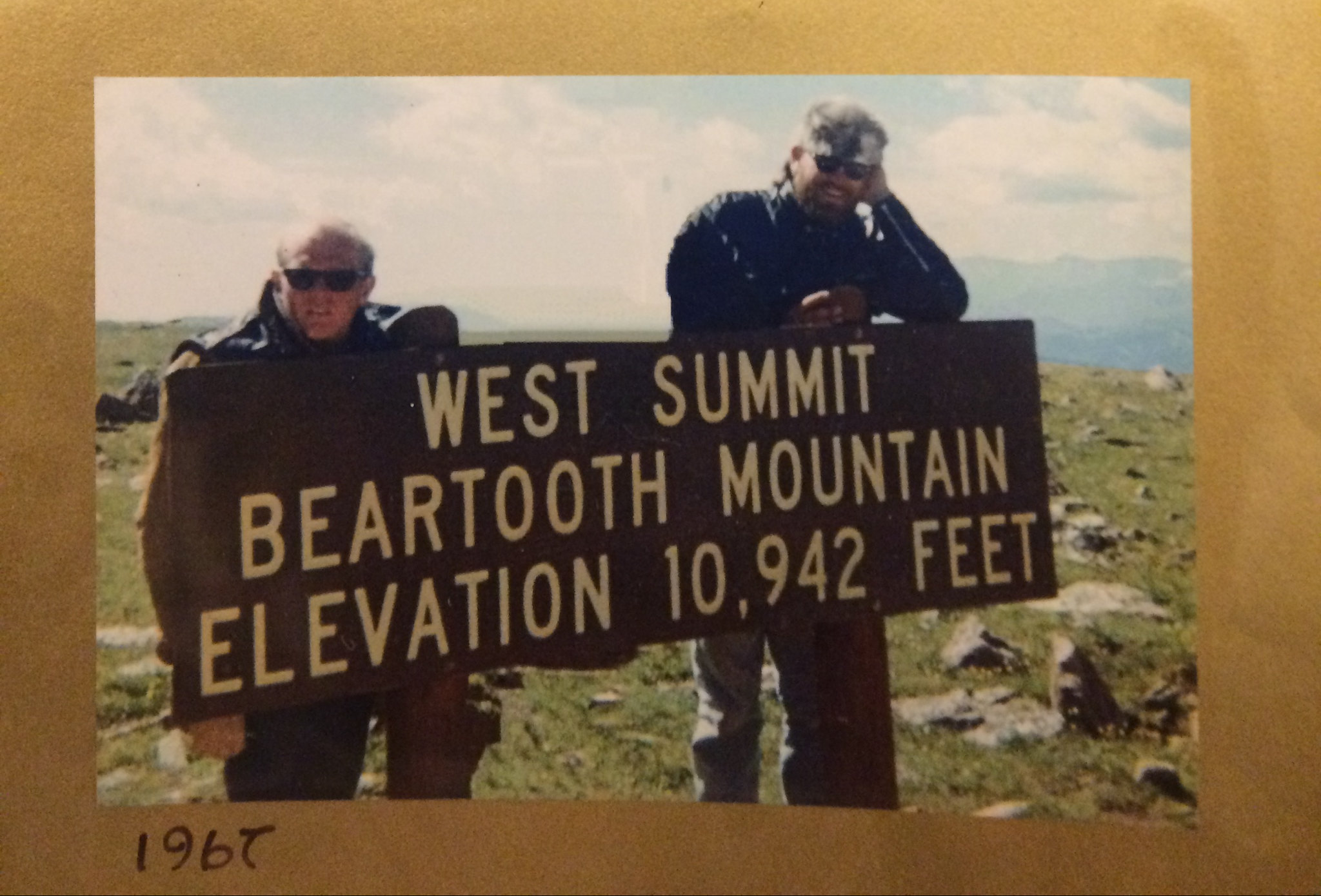 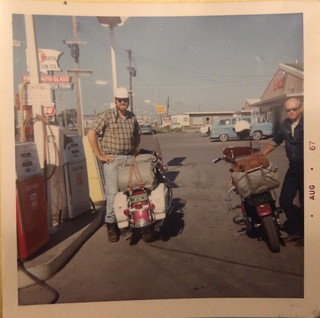 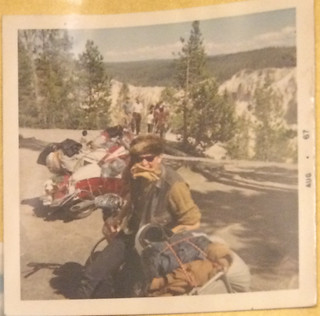 With that, I'll wrap up today's post. Everyone's feeling pretty excited about the run up to the pass tomorrow morning. Should be a lot of fun! 🛣