A Classic Tyre for a Vintage Look

The very first ride I took on the Softail Slim S, I ended up on a dirt road. Completely unintentional, I turned onto what I thought was tarmac and found that with the traffic behind me and the gravel nuzzling up to my rims, the compulsion to continue on was overwhelming. I was a new rider and had zero experience on dirt roads. I was certain the ride would end shortly with me in the ditch and a new 700+ lb bike on top of me. For many months, even after day-long rides, that 30 minutes felt like the longest ride I'd done.

At one point, after I'd made a turn onto yet another dirt road (in the maze I'd gotten myself into), I crested a hill and there before me, right against a high fence line just feet from the road was a herd of buffalo! I didn't dare take my eyes of the road for more than a second, but in that moment the terror subsided and I knew it was all going to be okay: I was riding with the buffalo.

As it turned out, the choice in road was an omen. From that day onward, half the times I'd go out for a ride, my curiosity would send me down a country road, and then a turn onto a less traveled road, and so on, until inevitably, I would be on dirt or gravel. Again. I guess, despite the terror, a part of me just really likes riding the bumpy dirt roads, the unpredictable gravel, and the desert sands.

Heavy bikes aren't the best in gravel, but heavy bikes with street tyres are a nightmare. Finally, after going off-road on a Navajo Reservation riding through thick, viscous (and beautifully red) sand, I got the message: this is a pattern that isn't going away, and I'm going to have to do something about what I'm riding on.

When I returned to Sioux Falls after that trip, I started doing research into hooligan racer tyres, nobbies, and clones of the classic Firestone. After a hard 8,000 miles, I'd worn my back tyre down to a smooth baldness and was ready to make the jump. My first choice had been hooligan racer tyres, but I couldn't find any that fit the Slim, so I finally settled on what seemed to be a well-liked second choice: the Avon Safety Mileage MKII:

That's the widest one, the 5"; the narrow sizes have different treads. When I picked the bike up from J & L Harley, the service guys and I just stood there staring at the back of the bike ... it was mesmerizing, like it had come right out of the 30s or 40s. Why hadn't I done this sooner?

I was ready to hit the dirt roads and see how the rear Avon handled. First, though, I had to re-learn how to ride the bike – the difference was HUGE. I couldn't body-steer or turn in the ways I had been doing, the balance was different, the sound had changed. It felt like a different bike. Within a week, though, I barely noticed it. Now I can't even remember what it had been like on the street tyres.

After getting acclimated, I was up to my old tricks: dirt roads galore. And, man – what a difference with the Avon on the rear! It really opened up the possibilities for where I could go, what I could explore.

As I recently tweeted, after an additional 6,000 miles or so of even harder miles, both front and rear tyres were ready for replacement. I went with the Avon's again, using their rear MkII on the front as well.

Oh, but first: new tyres! (taking it back to the 30s w/Avon Firestone clones)

The Return of the Buffalo

I had intended to immediately go for a ride on the same dirt roads I did during my first ride (and try to find the buffalo again). Work got in the way, though, and it wasn't until today that I got a chance to test out to Avon MkIIs on the dirt: 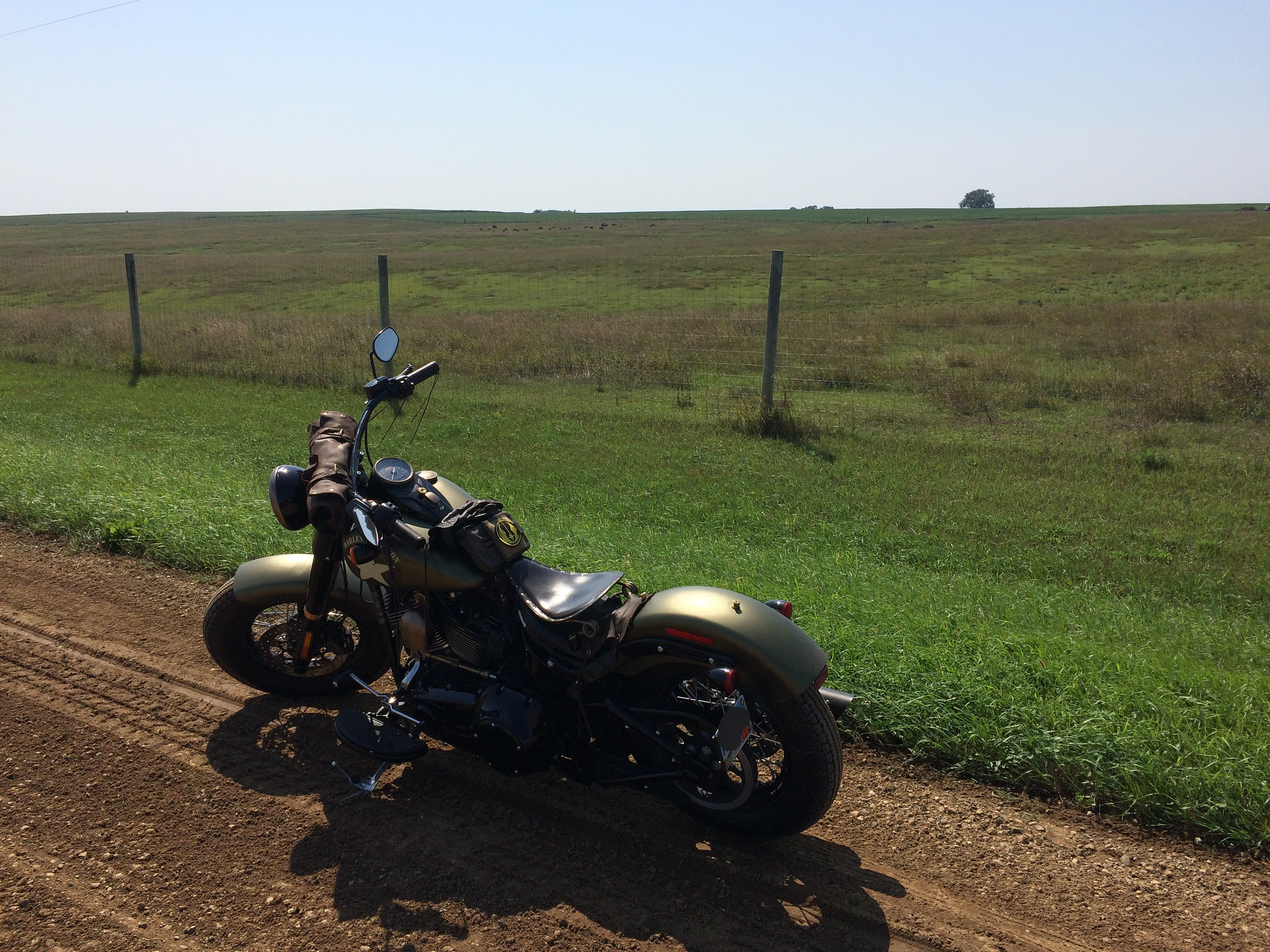 Here's a shot of the front tread: 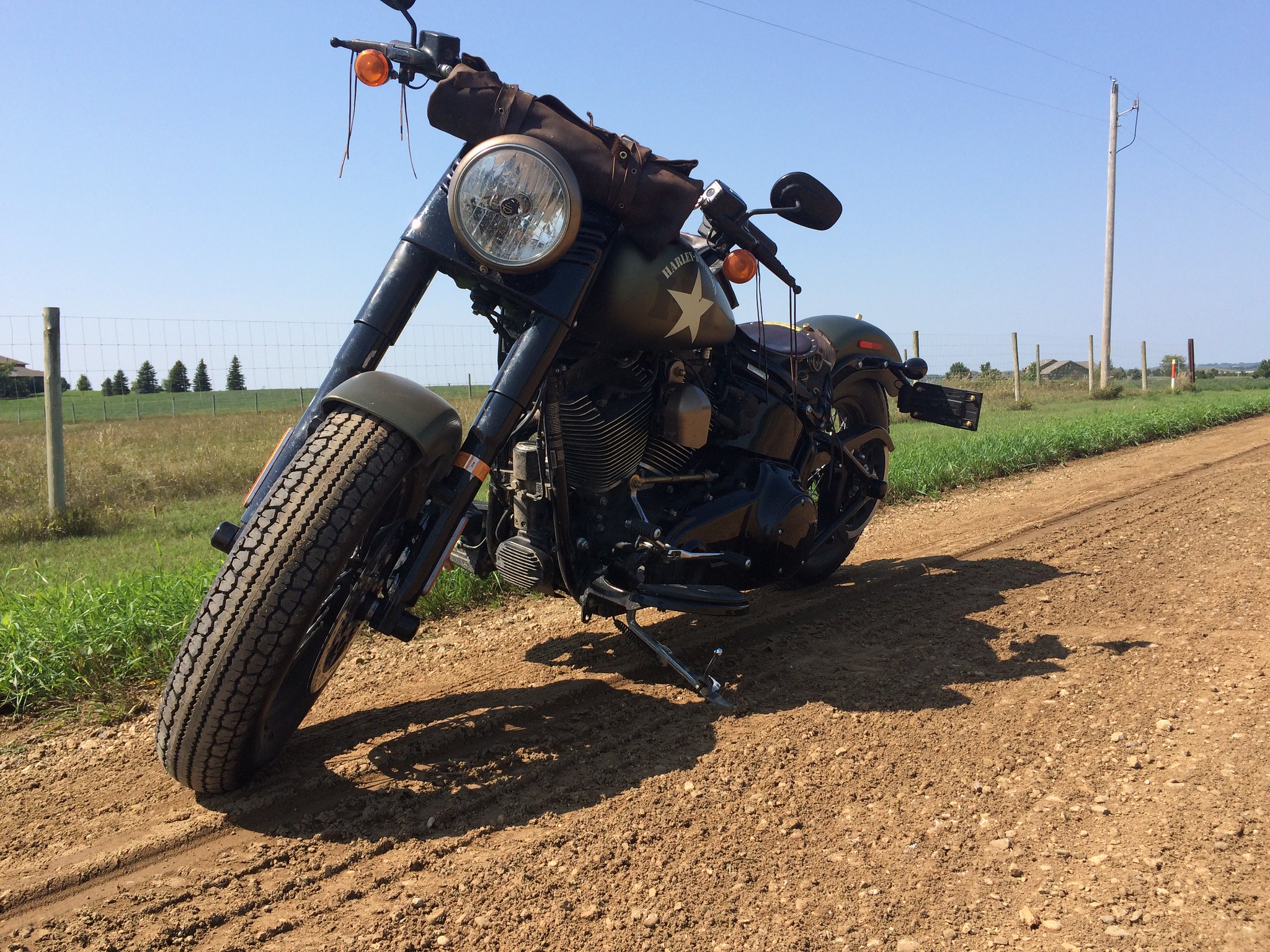 (A funny bit of luck: today they were grading two of the dirt roads I was riding on ... pretty much the best unpaved riding you could ever hope for, outside of salt flats. However, some bits were extremely soft as the grader had merely scraped over some of the larger potholes, filling them with soft soil. That added a little spice to the ride.)

Same tyre on the rear, but the look is quite different: 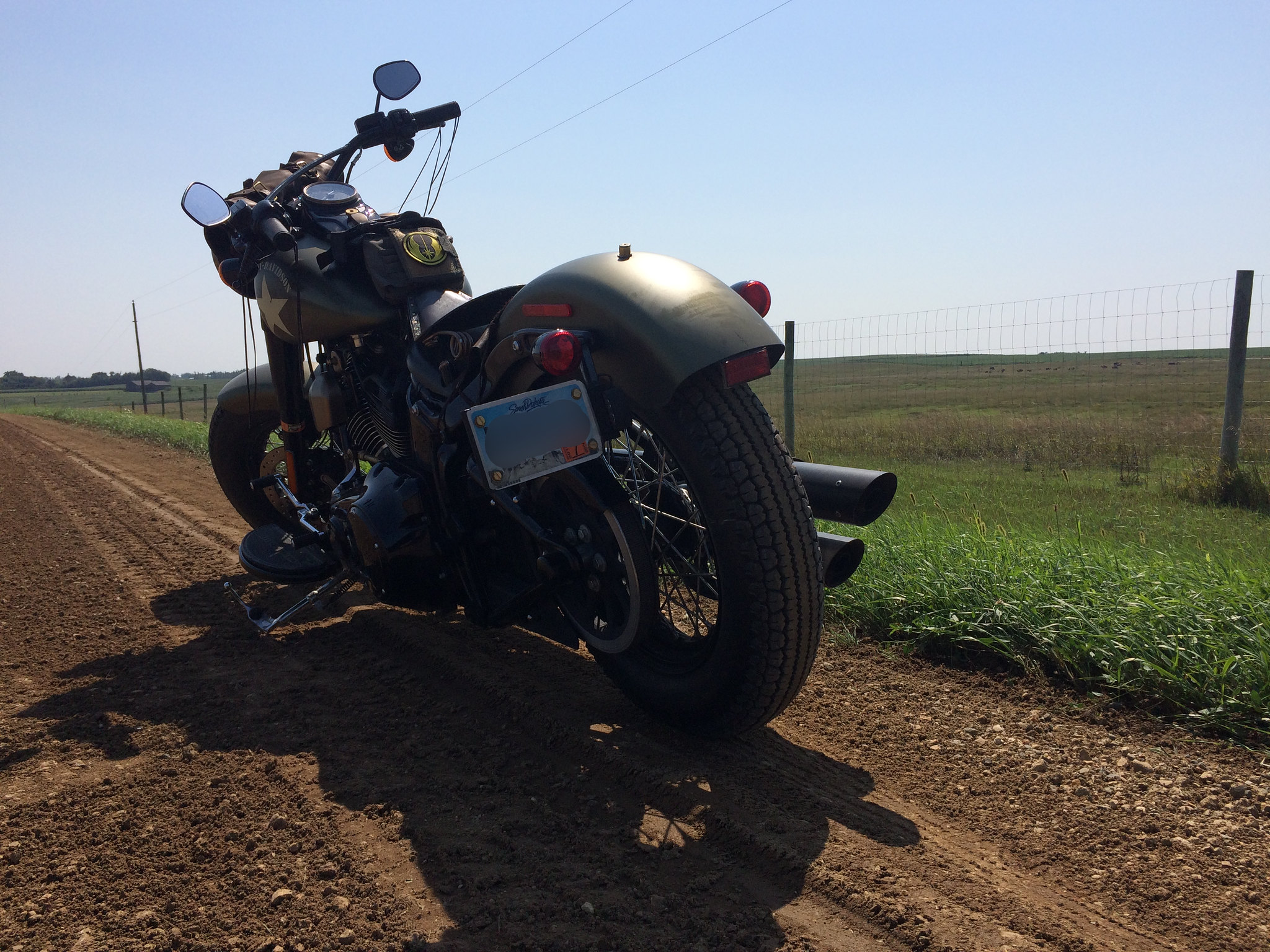 The high-contrast light makes it tough to see the tread in that shot. Even harder to see are buffalo in this picture :-) I was quite chuffed to see them out there, though I missed them at first since they were so far away (it was expecting too much to be so lucky as to have them at the fence this time, too). If you click the image, you can get a larger view where you see them off to the right, near the horizon.

Here's the same picture again, with the shadow contrast reduced so you can see the tread: 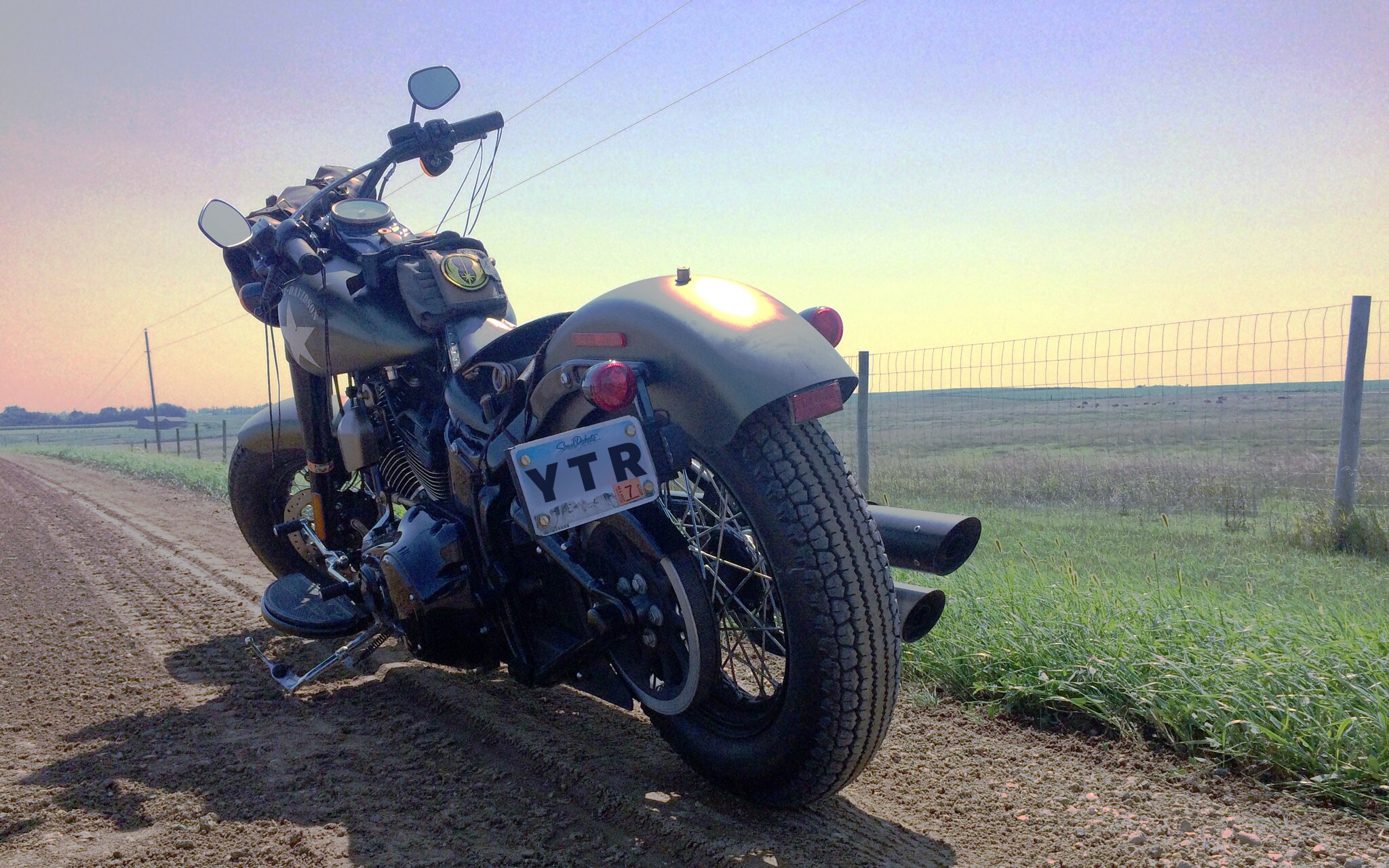 My experience revisiting the labyrinthine roads of dirt and gravel that protect the buffalo was completely different this time around. Certainly I have a lot more experience as a rider, but the handling of the Avons on the unpaved surface it just amazing. I didn't dare hope it would be this good. They've helped me get to where I guess I was headed all along: I've turned some strange corner and now actually seek out unpaved roads, treating the Slim more and more like its spiritual predecessor, the WLA.

You can buy the tyres both an J & P Cycles (I've written a short review for them there) and RevZilla. It goes without saying you can get them on Amazon, too (see the banner link below).

If you get these for your bike, let me know how you like them! 🛣

The Avon on Amazon

(Purchases from the links above help support Forgotten Roads -- if you buy something, thanks :-) Regardless, thanks for reading!)