This is a quick blog post to share two new Google Maps themes we produced here at Forgotten Roads, in the event that our readers might want to use these as well. They've got a "retro" feel to them, designed to be extremely simple (for easy viewing in blog posts) and pleasing to the eye. These two map styles have been published in two locations (on the Snazzy Maps & MapStylr sites), and are of two types:

The second one is even more pared down than the first and is what we've settled on for displaying ride data in our blog posts. Below I've included some example views of the style at different zoom levels.

Here's a view of the lower half of South Dakota: 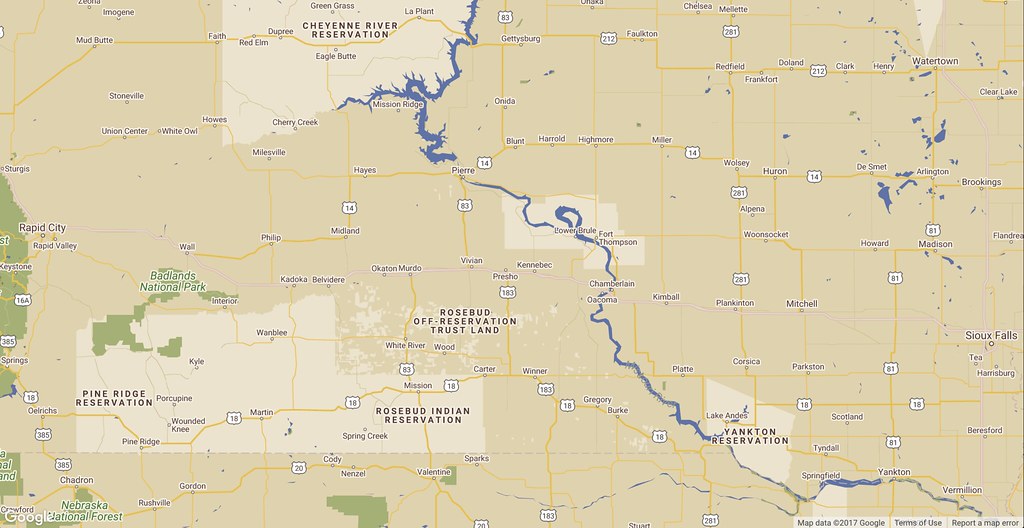 In both this view and the next you can see how we've diminished the visibility of US interstates to a mere hint, really focusing instead on the state routes – one of the most important sources of good riding!

This shows the Rapid City metro area, outlying ranch land, and some of the Black Hills: 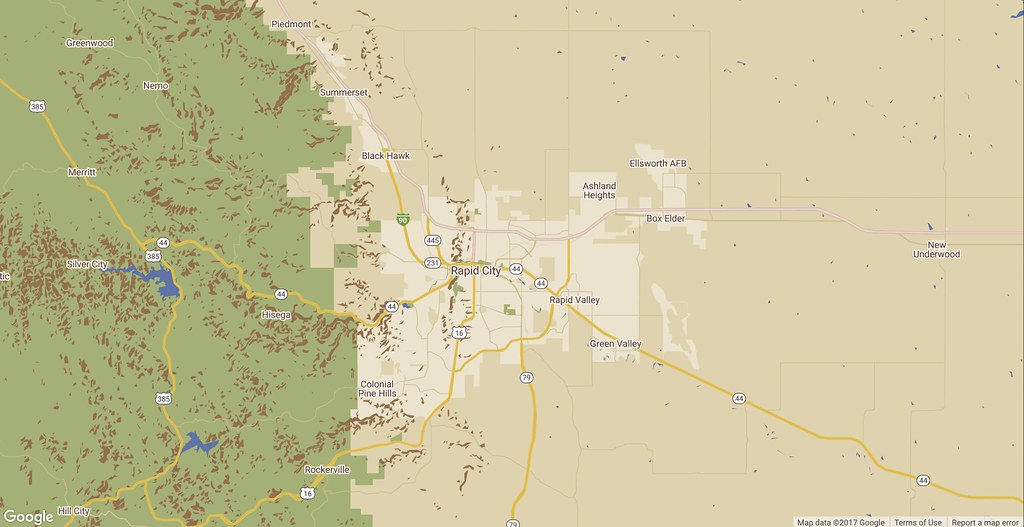 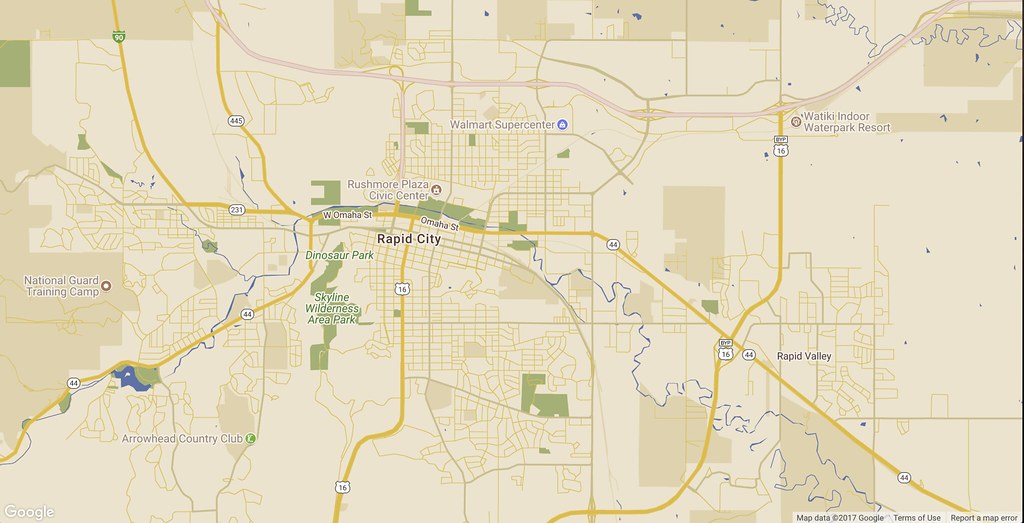 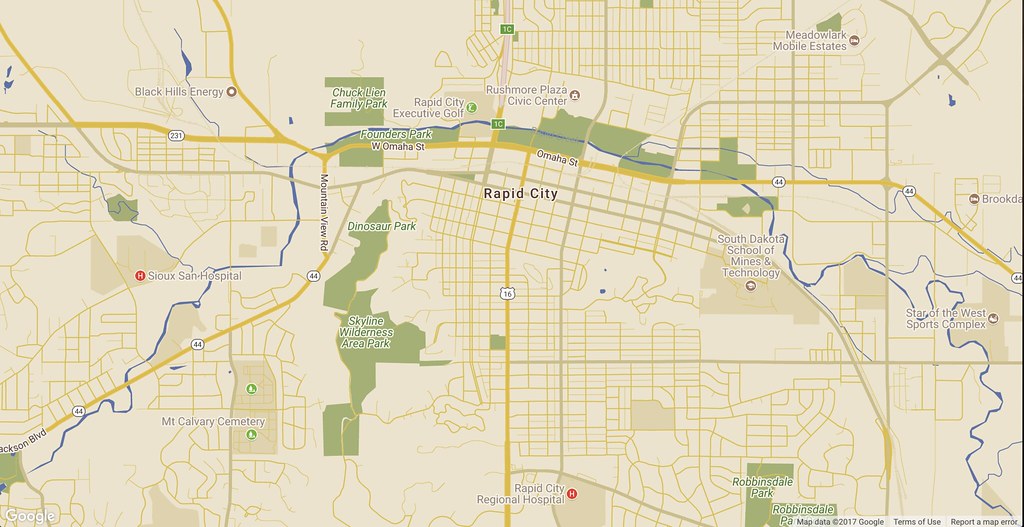